I speak about the need to real gun control, after the recent shooting tragedies, and of the danger of Fascism in this country.

On Sunday, June 5, I will take part in the swap meet at my favorite watering hole, Dirty Frank’s, at 347 South 13th Street, in the gayborhood of Center City Philadelphia. I will join other craftspeople, selling their products, having my books for sale and offering Notary Services.

Later that day, I’ll be at the Pen & Pencil Club, 1522 Latimer Street, where they’ll hold their monthly poetry series, hosted by Bob Zell. The featured poets will be Diane Sahms-Guarnieri, g emil reutter, and Alison Lubar, with an open mic to follow. 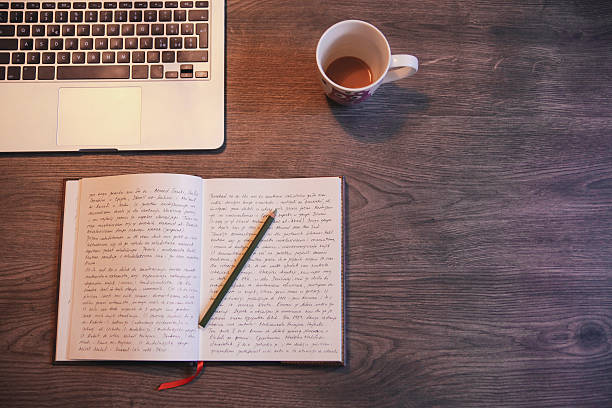 It’s been coming, slow but sure-a draft of a decision of the US Supreme court, written by Justice Samuel Alito, calls for the repeal of the Roe v. Wade decision of 1973, prohibiting states from preventing a woman from having an abortion. (https://www.politico.com/news/2022/05/02/supreme-court-abortion-draft-opinion-00029473)

Some of the highlights of Alito’s draft state that “At the time of Roe, 30 states prohibited abortion at all stages. Is the years prior to that decision, about a third of the states have liberalized their laws, but Roe abruptly ended that political process. It imposed the same highly restrictive regime on the entire Nation, and it effectively struck down the abortion laws of every single state.” Alito mentions how the case Planned Parenthood of Southeastern Pennsylvania v. Casey, from, 1993, whereby “the Court decided on stare decisis, which “required adherence to what was called Roe’s ‘central holding’—that a State may not constitutionally protect fetal life before ‘viability’—even if that holding was wrong.” Thus, the Casey decision reinforced Roe v. Wade.

So, it did the right thing, it eliminated laws that would restricted women’s rights to control their own sexuality; the same way Brown v. Board of Education effectively ended legal segregation of schools by race, and was a milestone in advancing civil rights of African-Americans.

(There was a mention of the fear of “judicial overreach,” another conservative boogie, of “Legislative from the bench.” Since when does a branch of government try to restrict its own power? Is it when it could be used to protect traditionally marginalized people, or to protect an oligarchy?)

.  Alito goes on, “We hold that Roe and Casey must be overruled. The Constitution makes no reference to abortion, and no such right is implicitly protected by any constitutional provision, including the one on which the defender of Roe and Casey now chiefly rely—the Due Process Clause of the Fourteenth Amendment.” The Due Process Clause seeks to guarantee rights not mentioned in the Constitution, but any such right “must be deeply rooted in the Nation’s history and tradition,” and “implicit in the concept of ordered liberty.”

But, says Alito, “Roe was egregiously wrong from the start,” and “far from bringing a national settlement in the abortion issue, Roe and Casey have enflamed debate and deepened division.” Therefore, “It is time to heed the Constitution and return the issue of abortion to the people’s elected representatives.”

“Elected representatives” means the state legislatures, dominated by trump-loving, proto-fascist Republicans-not just “conservative” in the Edmund Burke sense, but people contemptuous of human and civil rights-who, out of a twisted interpretation of the Christian concept of the Bible, have shown themselves ready to take from women the right to control their own bodies. A “right” means no one can interfere with how you conduct yourself, as long as you don’t interfere with others’ lives.

Alito goes on in page 24-25 of the draft: “The inescapable conclusion is that a right to abortion is not deeply rooted in the nation’s history and traditions. On the contrary, an unbroken tradition of prohibiting abortion on pain of criminal punishment persisted from the earliest days of the common law until 1973.” Legal professionals often use precedent to make their cases in court, I know that; but the invocation of “tradition” often means just “We’ve always done things like this.” At the start of this country, there was a long tradition of chattel slavery, the use of human beings as forced labor, treating them no better than livestock; there was also the tradition of abusing people of color, women, and LGBT+s based on some sort of religious teaching.

Alito cited the work of Sir Matthew Hale, a 17th-century English legal scholar, in his opposition to Roe v. Wade. But Hale is believed to be the source of much legal discrimination against women. (https://www.vanityfair.com/news/2022/05/samuel-alito-roe-v-wade-abortion-draft) For Hale, it was legally acceptable for husbands to rape and physically abuse their wives: in his work Pleas Of The Crown, Hale writes, “For the husband cannot be guilty of a rape committed by himself upon his lawful wife for by their mutual matrimonial consent and contract the wife hath given up herself in this kind unto her husband which she cannot retract.” (https://digitalcommons.law.ggu.edu/cgi/viewcontent.cgi?referer=&httpsredir=1&article=1248&context=ggulrev)  Hale sentenced two women to death on the charge of witchcraft, and thus laid the basis of the Salem Witch Trials in Massachusetts in 1692-1683. (https://www.jstor.org/stable/1409846) (https://scholarlycommons.law.northwestern.edu/cgi/viewcontent.cgi?article=2009&context=jclc)

This is the mentality of those opposing abortion, and they’re in centers of power in federal and state government. Theologians and scientists have debated forever about when life begins, and they still haven’t decided; but politicians are taking upon themselves the privilege of deciding that, from women who have to carry the baby to full term, no matter the physical stress upon the woman, and no matter the economic stress upon a family having a child they cannot maintain. we must organize ourselves, educate ourselves and each other on the issue, and get out the vote this year. And PLEASE don’t be deterred by the doom and gloom predictions of a Republican victory-the campaigns haven’t started yet! We CAN and MUST fight this violation of women’s rights and lives.

I speak about the shootings in Buffalo and Uvalde, Texas; the need for genuine gun control; and the need to rise against the surge of Fascism in this country.

I speak about how the Biden administration is handling the baby formula crisis, the need to fight against racism, and the need to vote.

I speak about the necessity of voting and being engaged in the political process, and of the danger to women’s right to abortion and the rights of workers.

I speak about the need to vote, and the need for public participation in the political process; the decline of the Republican Party into trumpism; and the danger to women’s rights, worker’s rights, and LGBT rights if the Republicans get back into power.

I speak about the need to protect the rights of LGBT kids, the need for intelligent sex education, and the need to defend abortion rights.

There have been protests in front of the residences of justices of the US Supreme Court, following the leak of the decision to overturn the landmark Roe v. Wade decision, upholding the right of the woman to have a safe abortion-as there should be. These protests and demonstration have been entirely peaceful-but protestors have been admonished by news pundits to NOT protest, with the old lame excuses of “It’s counterproductive” and “it makes the cause look bad.” https://crooksandliars.com/2022/05/justice-alito-safety-women-be-damned

Nonsense! Like I said, the protests have been peaceful, and Supreme Court justice, like every other public official, has to held accountable for their actions while in office, and answerable to the public. The rights of a woman to have a safe, medically-correct abortion is being threatened, and Republican-dominated state legislatures have bills on tap to restrict the ability of women to have an abortion down to zero. And we’re supposed to be quiet about it? We can’t stand up for our rights? How can you be quiet about something so serious?

Social change is not a kid’s game; it takes the dedicated work of activists over the decades, even centuries, of affect any improvement in the rights of formerly marginalized people. We must know the urgency of this situation, and being good little boys and girls will get us nowhere. We must assert ourselves in our work to preserve abortion rights and all other rights. and get in the face of those who would take them away.

Voting sure helps; the Pennsylvania primary election is next Tuesday, May 17, and I urge you to PLEASE get out and vote in massive numbers-the stakes are high, and the danger is real.

Like Loading...
I speak about the need to vote this primary election, and the campaign against abortion rights, LGBT rights, and workers’ rights.