I talk about the recent poll by Ipsos-NPR about education, and the need to have intelligent discussion about race, gender identity, and sexuality in schools.

Ketanji Brown Jackson has been finally confirmed as a Justice on the US Supreme Court-the first African-American woman to be so appointed. Alas! In her confirmation hearings before the Senate Judiciary Committee, she had to endure the racism, transphobia, and conspiracy-mongering ruling the Republican Party.

April, in many former Confederate states, has been proclaimed Confederate heritage Month; Mississippi Governor Tate Reeves recently signed a proclamation for his state.  (https://abcnews.go.com/US/wireStory/mississippi-gov-proclaims-confederate-heritage-month-84071071) The proclamation says nothing about slavery, the reason that Mississippi and other southern states seceded from the union, leading to the Civil War. The declaration of secession by Mississippi proclaimed, “Our position is thoroughly identified with the institution of slavery-the greatest material interest of the world.” (https://avalon.law.yale.edu/19th_century/csa_missec.asp) This is the “heritage” Confederate heritage Month commemorates, the enslavement of millions of people. This is what some people thought worth fighting and dying for.

I’m currently reading Eric Foner’s history Reconstruction, and WEB DuBois’ Black Reconstruction, stories that challenged the narrative of the post-Civil-War era as one of corruption and manipulation of the poor, ignorant former slaves, the oppression of the southern states by northern oppressors, and the reclaiming of the south, along with the idea that the Confederacy was some form of noble “lost case” for which men died valiantly; thus the plethora of statues of Confederate soldiers, naming streets and schools after Confederate leaders, and the writing of textbooks saying that slavery had NOTHING to do with the war.

While Confederate Heritage Month is being promoted, learning and discussion of race in this country’s schools is being repressed, in the name of confronting the evil entity known as Critical Race Theory; in Florida, 41 percent of new math textbooks are banned because they allegedly deal with CRT. (https://www.cnn.com/2022/04/17/us/florida-math-textbooks-critical-race-theory/index.html) Conservatives, as they are constituted in this country anymore, are fine with this nation becoming a nation of illiterates; lack of learning, not knowing real information or even how to think independently, is the only way they stay in power.

Speaking of power—the primary elections in Pennsylvania are coming up May17, and once again I’m running for committee-Person in my ward in Philadelphia. I urge others to participate in the electoral process, by joining campaigns, listening to debates, attending meetings-maybe even running for an office yourself? It’s OUR government, after all, and who we elect (or not, if we don’t bother to vote) will decide the fates of all of us.

This is especially important, with the power of this country’s oligarchic class, which is just as dangerous as the gang around Putin. We have seen how our oligarchs—Bezos, Musk, Zuckerberg—have, instead of spending the money they save from tax cuts and outright grants on new equipment and hiring workers, have used it to purchase yachts in the hundred-million range, and have gone off into space. Now, Elon Musk, of Tesla and SpaceX shame, is acquiring Twitter, for $44 BILLION. (https://www.cnn.com/2022/04/25/tech/elon-musk-twitter-sale-agreement/index.html) Musk, like so damn many of the tech oligarchs, talks of himself as a pioneer on the cutting edge, a visionary entrepreneur, saying that “Twitter has tremendous potential” and that “I look forward to working with the company and the community of users to unlock it.”

(There are still people who fall for this kind of talk—the same ones who thought that Donald whatshisface was a business whiz who would bring his business savvy to the White House.)

In reality, Twitter under Musk will be a garbage dump of racist, sexist, and homophobic abuse, allowing slanders and willful misinformation to spew out. Plus you see the danger of one individual having SOOO much power to shape the opinions and information of millions of Americans.

I’m also amazed at $44 billion being spent on—what? Something so intangible as to not even be gas? Nothing physical, like land or buildings?   But Twitter IS a communications medium, like a newspaper or a magazine, compatible to Bezos owning the Washington Post and MGM Studios. Hence, this same oligarchic class that cares nothing for working and low-income people will decide what the news is, what “education” is to be, and even what we should think. That’s why we have to organize for our own protection and advancement, in education, in our work lives, and in our voting.

I speak about Workers Memorial Day as a day honoring workers killed on the job; the need for workers to organize; the fraud of the “free market”; and the need for citizens to take part in the political process.

ON May 23, I will be among the featured poets at the Poetry and Prose program at Cavanaugh’s Headhouse, 412 South 2nd Street, in Philadelphia. I’m So honored. See you then?

Like Loading...
I speak about Passover and the ongoing struggle for freedom, and the need to get out and vote.

On April 6,the Biden administration announced it would extend the pause on repayments of student loan debt, which was put in place during the COVID pandemic, when people lost their jobs and sources of income during the pandemic (https://www.ed.gov/news/press-releases/biden-harris-administration-extends-student-loan-pause-through-august-31 ) the pause on repayments was supposed to end at the end of January, then it was pushed back to the end of May, now it has been pushed back to the end of August.

The pandemic has shown one of the major problems facing our economy, the distribution of the nation’s wealth going to the highest percentage of the population, the lessening of the nation’s wealth to the lowest percentiles of the population, and the narrowing of the middle class, which young people, who take student loans to apply for college, aspired to.  Student grants and loans have been great at bringing working-and low-income kids to college, get an education, and with their knowledge boost the economy and society.

But, thanks to the neo-liberal, “free market” policies we’ve had since Reagan, factories have been closed, and companies have gone to poor, developing nations with low wages and weak labor laws; unions have been weakened due to the closing of such factories, and union busting is a big business; and, with such Supreme Court decision as Citizen’s United, limits on corporate donations to political campaigns have all but disappeared, causing candidates in both parties to abandon working-peoples’ interests and twist the laws to weaken protections on workers and consumers.

It has become more and more difficult for working-class kids to move up the latter in such a situation. Plus, student loan debt is a huge drag on the economy, worth over one trillion dollars. ( https://educationdata.org/student-loan-debt-statistics)

There is a movement to call for the elimination of student loan debt. that would relieve a source of stress upon young people getting by with their lives. It would make better sense than earlier billion-dollar bailouts of banks in the mortgage crisis on 2008, and the crisis in the savings-and loan -firms in 1989, billion-dollar companies who couldn’t manage their finances- which shows the effectiveness of the glorious “free enterprise system.” Let’s get in on it, for the future of our families and our country.

Here is my interview with my friend Anita DeFranscesco about my novel, Soldier Of The Cross. It was on her podcast, Discover Joyous Love, on Spotify.

There will be a town-hall meeting around the topic of stop-and-go shops and smoke shops in South Philadelphia, and the dangers they pose to the public. It will take place at the Grand Ballroom of Yesha Ministries, 2301 Snyder Avenue, in South Philadelphia, on Monday, April 18, from 6-7:00 PM. Present will e State Representative Jordan Harris and State Senator Anthony Williams, along with representatives of the Pennsylvania Liquor Control Board.

I urge the public to attend this meeting, so that elected officials get an idea about the needs of the people in the community. that’s what democracy is about. 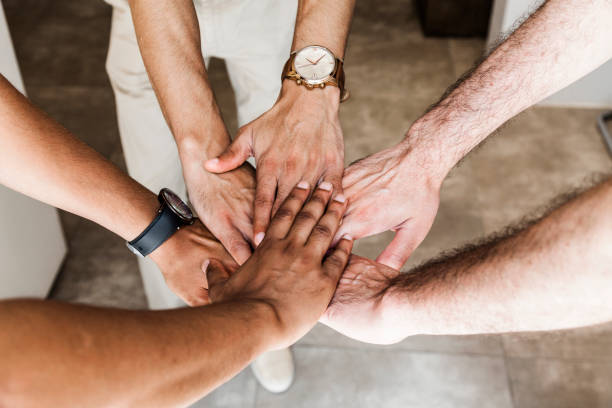 I speak about the confirmation of Ketanji Brown Jackson to the Supreme Court; The Union victory in the Civil War, the defeat of the Confederacy, and the history of reconstruction; the decline of the Republican Party into blatant racism; and the need to vote and involve ourselves in the political process.